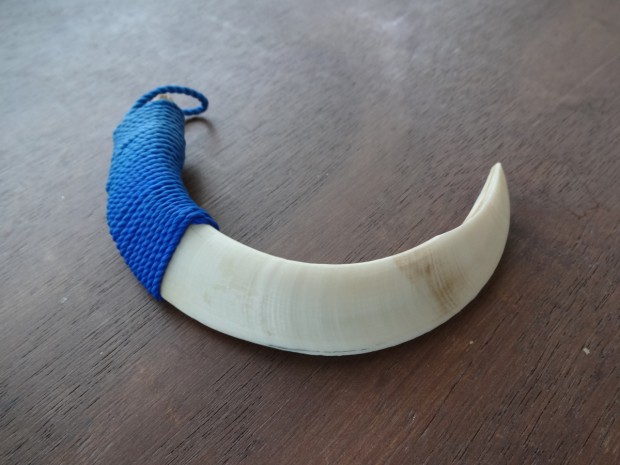 Rōsen is a kind of printed paper (karakami).
In the process of making Karakami, patterns are expressed with mica dissolved by glue.
In wax paper(rōsen), patterns appear by rubbing the surface of paper.

The foundation of rōsen is made by coating paper with whitewash. This is the same method as printed paper (karakami).
The front side of the foundation is put on an engraved woodblock.
Then the pattern of the woodblock is printed out by rubbing it with Choki.
Choki is a tool of printing which is made of wild boar’s tusk.

The photo shows how it looks.
A wild boar’s tusk is processed as a tool of printing on wax paper (rōsen), and it is named ‘Choki’. 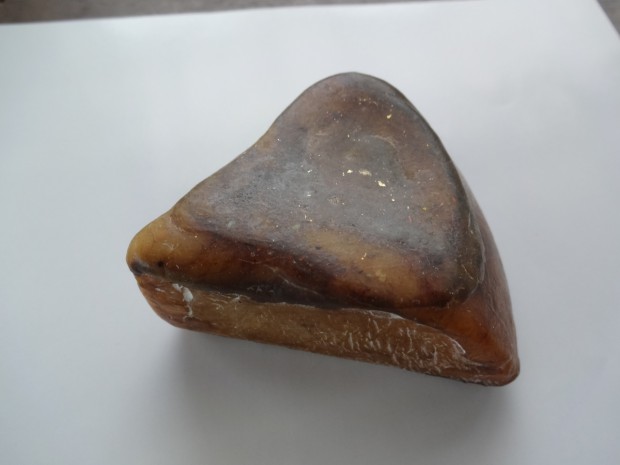 In spite of using wood wax, strangely enough, ink wouldn’t be repelled from the surface of paper. When new wood wax was tried, it did not work effectively.
The wood wax used here is very old one which has been preciously taken over from the artisan’s grandfather. 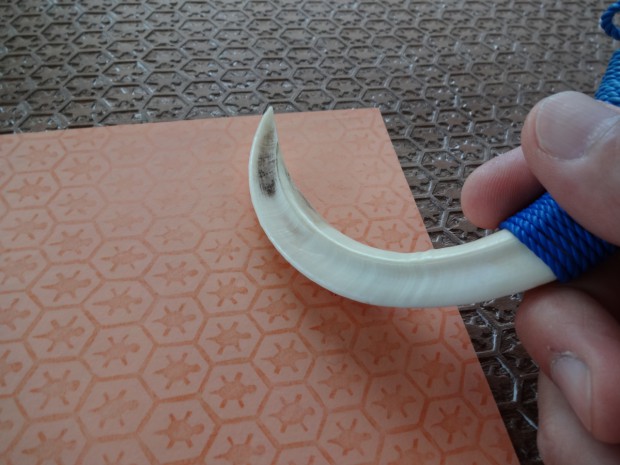 The photo shows a tortoiseshell pattern on Sunshōan-shikishi.The pattern reveals on the surface of paper by rubbing very carefully like drawing a circle.

The process of making ryōshi takes a lot of time and labor. To complete even one piece of this kind of ryōshi needs much patience and meticulous care.
Among classic works of calligraphy (Kohitsu), Kansuhon-Kokinshu and Michinari-shu are written on the ryōshi of wax-paper (rōsen).