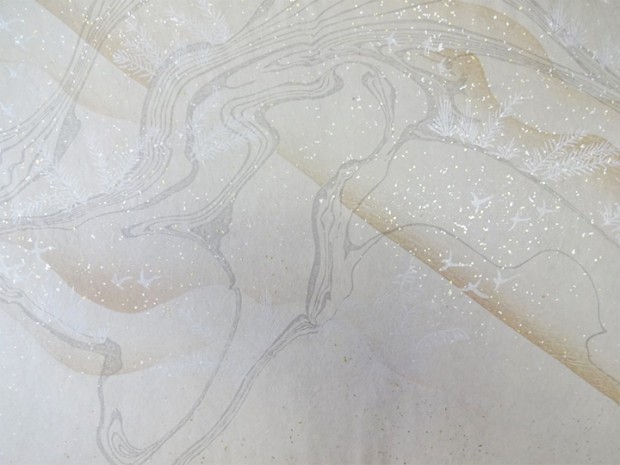 Kana ryōshi is Japanese paper (washi) for writing Japanese kana of calligraphy.
Kana was transformed from Kanji which had been transmitted from China and was established approximately late in the Heian period (11th -12th century).
During those days lots of classic works of calligraphy known as Kohitsu were written and still remain today.

Those Kohitsu were written in beautiful Kana letters on magnificently decorated writing paper.
Kana ryōshi was modeled after these decorative paper.

This website will introduce how Kana ryōshi is made by using traditional methods.
Visitors will hopefully have an interest in Kana ryōshi.